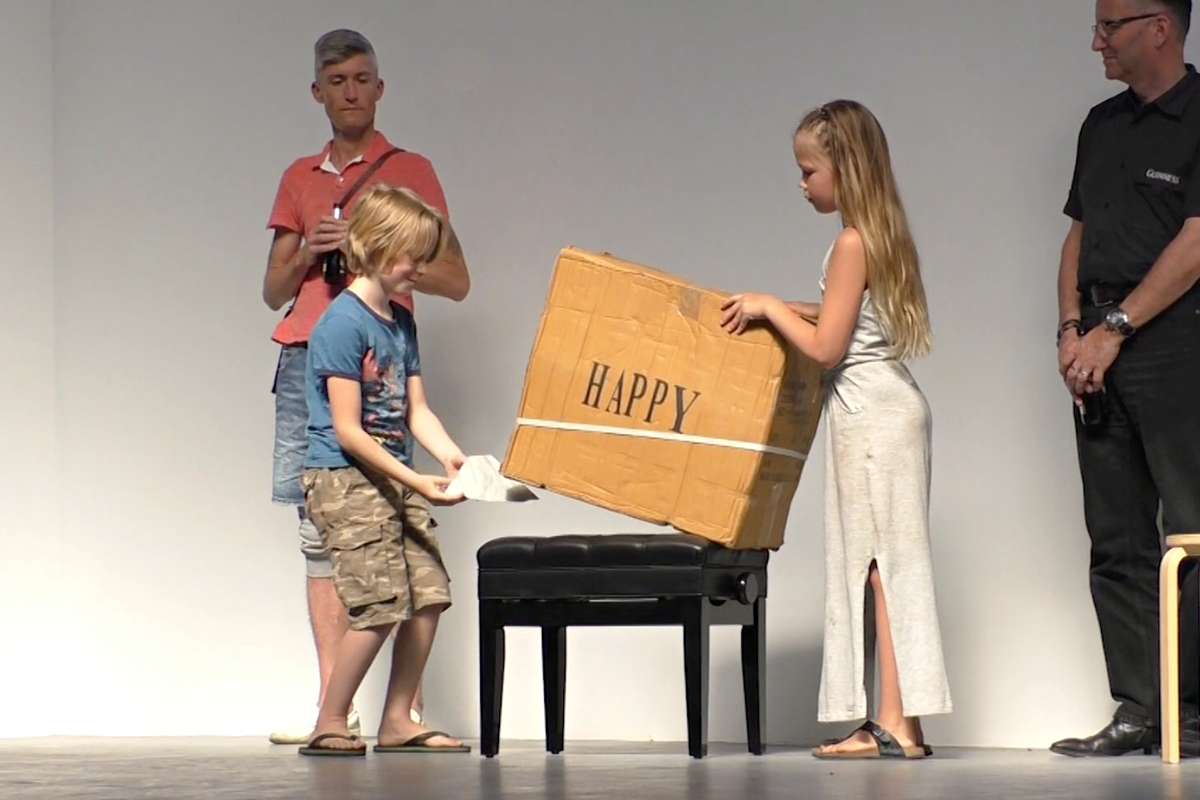 The inspiration for this assemblage started when I got confronted with the cardboard box between the trash of a local daily market in Amsterdam. Apparently, as stated on the side, the box contained twenty-four black t-shirts with 'happy' printed on it, before it was carelessly thrown away.
I moved the objet trouvé with the utmost care to his studio to keep the box in the exact same condition as found. Where I eventually had to tilt it to bring all elements in the piece into this fragile yet poetic balance.

During Stage#2 of EVERYBODYHAPPY, The piece was assembled where the object trouve cardboard box and the foam prism were brought in by the two children of the performance 'Face Reality'.